What Is Lawn Dethatching, and How do I Do It? 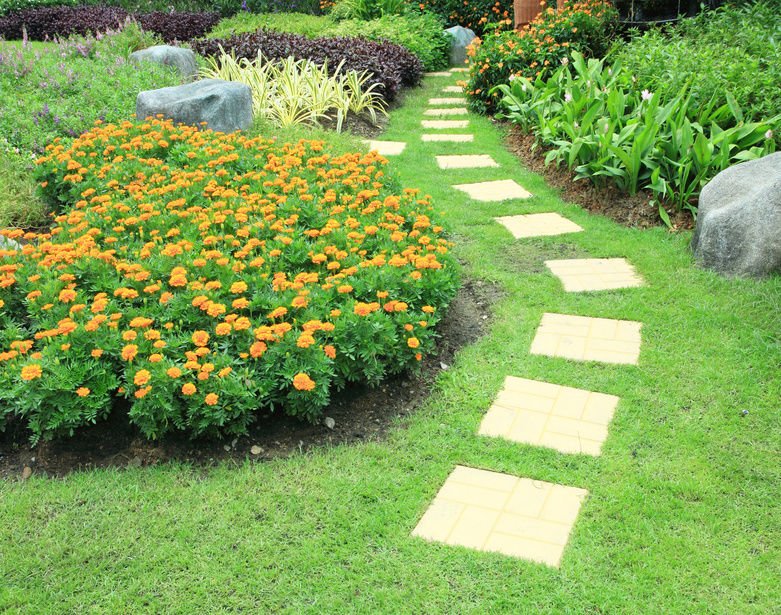 When it comes to keeping your lawns beautiful and healthy, a lot of the important practices are common sense. Anyone who has lived in a house with a lawn knows the importance of regularly mowing your lawn, and of giving it the right nutrients and fertilizers. But some parts of lawn care are not as well known, even though they are often at least as important as the obvious bits.

This brings us to the concept of dethatching your lawn. Dethatching is an important but sometimes difficult process that can be just as important to your lawn’s health and beauty as any other form of lawn care. This article will introduce you to the concept of dethatching, and then discuss several ways that you might be able to dethatch your lawn. However, as we will discuss later in further detail, dethatching your lawn yourself can be a very tedious and time-consuming process. Luckily, the folks at Johnson’s Landscaping have a top-tier dethatching service that they can offer you at a fantastic value. Johnson’s Landscaping has over 60 years of expert landscaping experience in the Washington DC area that they use to provide efficient, thorough, and affordable dethatching services. Ultimately, though, the choice is yours as to whether to try dethatching your lawn yourself or to leave it to the experts.

What Is Thatch, Anyway?

We all know the two basic parts of a lawn. There’s the beautiful grass which we all consider synonymous with the concept of a lawn itself, and then there’s the soil beneath it which lends the lawn its nutrients for sustainable growth. However, many lawns have another, less well-known layer, which may cause problems for your lawn. This layer is called thatch, and it is a layer of mostly dead plant matter which sits between the soil and the grass itself.

Thatch is made up of various forms of plant matter, including plant roots and other tough and stubborn parts of plants. It often looks like dead, brownish grass just under the live grass which makes up the visible part of your lawn. Thatch can accumulate in your lawn for several reasons. It may build up in your lawn due to your soil being just slightly too acidic, or because you are using a kind of grass that is more likely to produce the plant matter which contributes to the accumulation of thatch. There are also several types of pesticides, insecticides, and fungicides that make a build-up of thatch more likely. Don’t worry, if you have a thatch layer in your lawn, it’s not your fault — thatch is extremely common in lawns of all types and it’s not always clear what caused it. Even the best landscapers and gardeners and often deal with thatch in their lawns.

What’s So Bad About Thatch?

While it is a common part of a lawn, thatch is something you will want to get rid of once there’s enough of it in your lawn. Less than an inch of thatch can be OK and even healthy for your lawn, but if you have an inch or more, it can cause problems. One of these problems can be preventing the roots from getting the air and sun they need to be healthy, this occurs when thatch is thick enough to serve as a wall between the roots and the environment. Thatch also increases the chances of infestations in your law, both from diseases and from various sorts of insects. Finally, thatch can make mowing your lawn much harder, and even nearly impossible. This is because thatch can make the grass in your lawn have a more spongy texture, which can often cause even the best lawnmowers to get stuck and clogged up.

Considering all of these issues with thatch, dethatching is an important thing to pracice regularly. Next, we will discuss various ways to try to dethatch your lawn, but always remember your friends at Johnson’s Landscaping are here to help!

One of the best tools for dethatching is, of course, a thatch rake. These types of rakes can be found at your local hardware or garden store. Thatch rakes are more effective than regular rakes because they have especially sharp stakes that can be used to pull up the thatch from under the grass. The stakes are also shorter to allow for more precision. Thatch rakes are a useful tool, but be warned: thatch is often a stubborn substance, and pulling it up with a rake can be quite exhausting and requires a determined and physically strong gardener. You can also try using a regular rake for dethatching, but this will surely be even more exhausting and difficult.

Another easier but far more expensive option is to purchase a machine. One sort of dethatching machine resembles a riding lawnmower in both look and price. This sort of machine churns through the grass on your lawn and pulls the thatch to the surface, making it easy to collect. You may also be able to rent this or a similar machine at some equipment rental shops.

A final more novel method is buying special chemicals specifically combined for destroying layers of thatch in your lawn. These days, you should be able to find these sorts of dethatching sprays at many home improvement stores. The dethatching liquid may be a more inexpensive and less back-breaking way of loosening up the thatch in your lawn for removal. But because these types of liquids haven’t been used for very long, it is not clear how effective they are at actually addressing long-term thatch problems in your lawn.

One of these methods, or a combination of them, might be what you need to get rid of the thatch in your lawn and return your grass to the beautiful standards you have come to expect from it. But it may be unnecessarily expensive, difficult, or ineffective when you try to dethatch your lawn by yourself. When you contact Jonshon’s Landscaping Service, you will be working with people who not only have access to all of the best quality machines and chemicals needed to restore your lawn but also have decades of experience doing this very job. 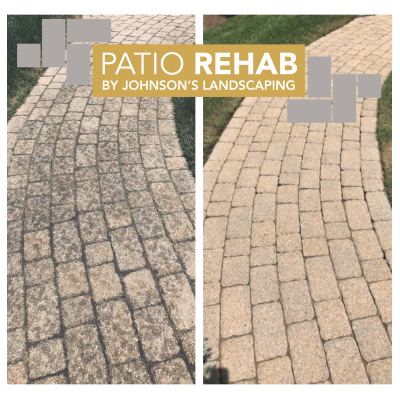 Our innovative Patio Rehab process renews your patio, adds curb appeal, and gives it protection for years to come.